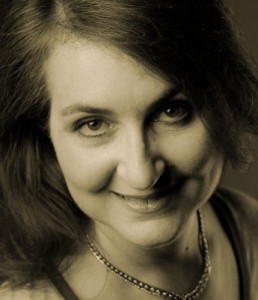 Carolyn Fox is the host of “Carolyn Fox’s Hollywood Spotlight,” a nationally syndicated broadcast radio show heard in all of Los Angeles County and about half of Orange County on 1580 AM, every Friday night at midnight.  This weekly commercial radio show features independent new music, interviews with breakout artists as well as stars in all areas of the entertainment world.

Carolyn has a life-long love of music.  She started piano lessons at the age of 8 and had the honor of studying singing with Peggy Hatch (the wife of Wilber Hatch, leader of Desilu Orchestra on “I Love Lucy.”)  A native Angeleno who currently resides in tinsel town, Carolyn earned her fine arts degree in music from UCLA.

The Velvet Voiced Vixen has been heard on radio and television commercials, audio books, industrials and as characters in children’s animation. Recognized her ability to help artists tell their stories, Book Expo America hired her to interview authors for conference podcasts.  When Carolyn is not in the studio, she enjoys music clubs, the movies, live stage, books, and other forms of entertainment.

“My band and I loved performing in-studio on Carolyn’s show. This vixen is a sweetheart!”  –Rebecca Zapen